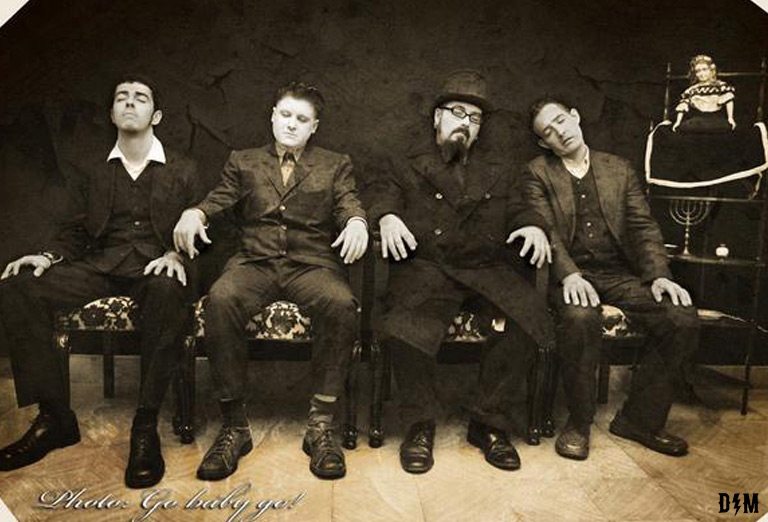 Cromosoma 3 are from Barcelona, Spain and are together since 2002. They have a spoon full of strong influences with bands such as The Damned, B’52s, The Cramps, Bauhaus, etc. Terror b-movies and Universal classic films are also a piece of their lifestyle.

After some powerful gigs, they contributed to a Misfits tribute compilation released on a 10” with a version of the song “Return of the Fly”. The taste for being isolated in a studio was getting stronger and stronger, so they decided to record two new songs to be included in a split E.P. released with Tango Luger. “Alligator Jungle”, “Nuestro Amor” and a new version of “El Retrato” were the songs that compiled that E.P.

In 2007 they’ve recorded “Mentes Enfermas” along with “Al Final de la Escalera” and “Bat Love” released as an EP in 2008 on Dead by Mono Records (UK) and Pakistan R’n’R Crussade (SP). They’ve also shot the video clip for “Mentes Enfermas”. Strong lyrics and dominant imagery, which will make you hungry for more!

Since their second EP, they have been playing all over the world as a quartet, including remote exotic land Mexico and romantic ground of France! Watch out! They might come over to intimidate your town!