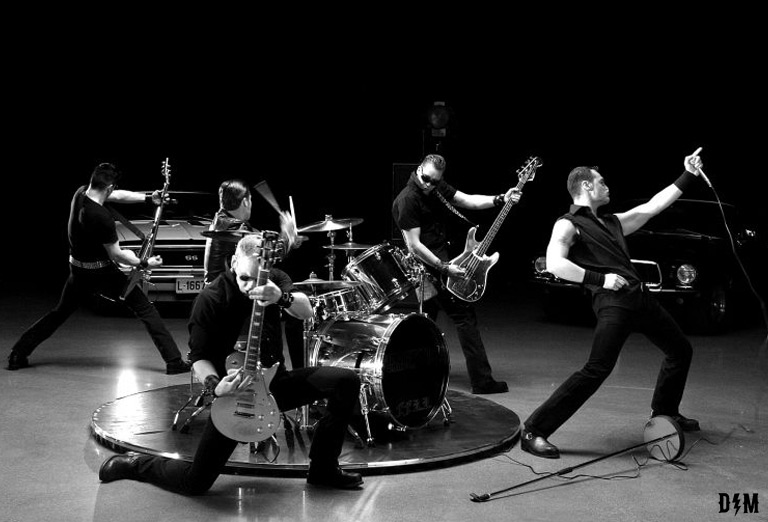 Highly profiled rock band from Oslo, Norway, The Carburetors play fast forward Rock’n’Roll. With two released albums “Pain is Temporary, Glory is Forever” their debut released in 2004 and “Loud Enough to Raise the Dead” released in 2006; a series of split 7 inches; three powerful video clips and a lot of touring on their back the band has now become one of the top Rock’n’Roll bands in Norway since they got together back in 2001.

With such a background, their achievements are numerous. They not only toured Norway but Spain, Russia, Germany, Czech Republic and Sweden, where their own music style “Fast Forward Rock’n’Roll” became a trademark in the underground amongst their many European fans.

They shared the stage with bands such as Motley Crue, Judas Priest and Deep Purple, totally smashing audience with their kick-ass Rock’n’Roll and startling pyrotechnics.

In March 2008, they released an intoxicating split with German heavy rock masters V8 Wankers on Dead by Mono Records containing 2 speedy and furious songs for each band; “Rock’n’Roll Forever” and “Buckle Up” for The Carburetors on the yellow side; and “We Control Rock’n’Roll” plus “Rocker” for V8Wankers on the red side.