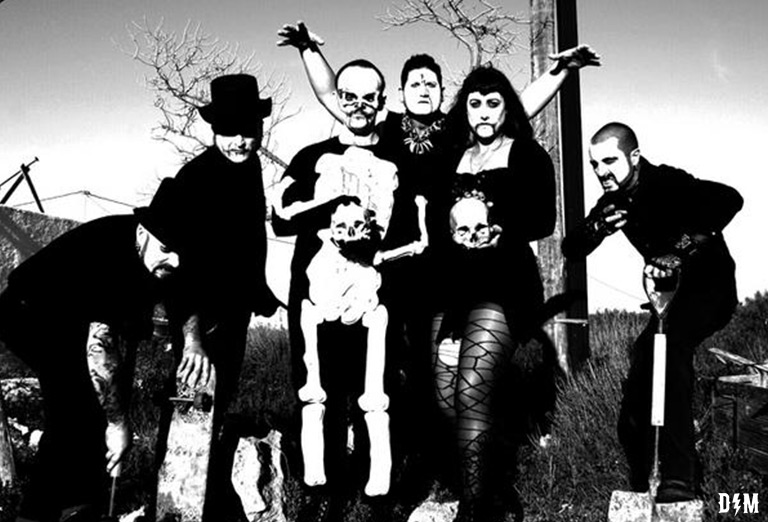 The Cosmic Vampires got together back in 2000. To take part in an experiment, they were kidnapped by Dr Phibes, whose lab was based in Roquetas del Mal in the South of sunny Spain.

Their sound has been defined as a “terrifying surf from outer space”. Heavily influenced by garage rock’n’roll, classic surf instrumental soundtracks, ultra lounge and Psychobilly. Not forgetting those Mexican wrestling, horror, sci-fi and B-movies from the ’50s and the ’60s.

The band had the pleasure to share the stage with other popular Spanish and Mexican bands, such as Chewbacca’s, Los Tortures, The Gaforic Explosion, The Vibrants, The Charades, Lost Acapulco and Imperial Surfers. Also with Kiko Veneno, The Diesel Dogs, Los Infraseres, Los Fregaplatos, Cromosoma 3, Muchachito Bombo Infierno, Los Malignos, Los Bikini Lovers, and many many others! (the list is long!)

So, shake that shrunken head on a stick, swing those shovels and dig the chilling and thrilling sounds of the COSMIC VAMPIRES!