“Highway to Hell” is the sixth studio album by Australian hard rock band AC/DC, released on 27 July 1979. It was the band’s fifth studio album released internationally and the sixth to be released in Australia. It was the last album featuring lead singer Bon Scott, who died early the following year on 19 February 1980. “Highway to Hell” became AC/DC’s first LP to break the US Top 100, eventually reaching number 17, and it is the second highest selling AC/DC album (behind “Back in Black”). This iconic artwork is now available as a 1000 piece jigsaw puzzle printed on high quality board. 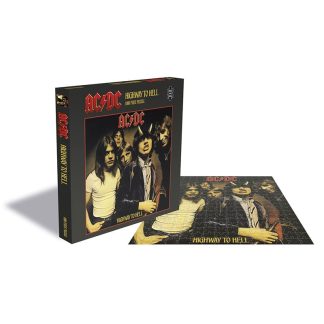