MUCK AND THE MIRES: Doreen 10″

Winner of a US national Battle of the Bands organised by Little Steven Van Zandt (E-Street Band, The Sopranos), Muck and the Mires’ “Doreen” on was produced by the legendary Kim Fowley.
After beating more than 10,000 other groups in the epic Battle of the Bands – organised by the guitarist for Bruce Springsteen’s E Street Band who is also the actor who plays Silvio Dante on “The Sopranos” – they got to play at Van Zandt’s Underground Garage Festival on New York’s Randall’s Island, alongside such names as Iggy & the Stooges, the New York Dolls, the Strokes, Bo Diddley, Nancy Sinatra, the Electric Prunes and British sixties pop-art group, the Creation.
A Garage band in the classic sixties tradition, Muck & the Mires hold the Beatles in high esteem whilst at the same time having funny stories to tell about seeing the Ramones. Yes, they write catchy tunes with hooks galore (like the Beatles) and play them in a straight-ahead rock’n’roll style (like the Ramones) but the band says that its musical model is Tottenham’s own Dave Clark Five. One American reviewer talking about “I’m Down With That”, their first Dirty Water single, said, “In a better world, this would be a hit!” 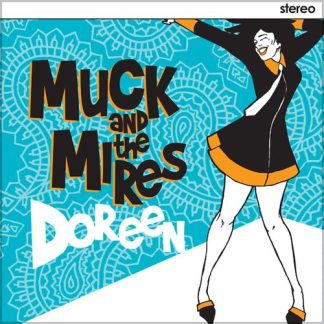