Chuck is a one-man-band with shows in uncommon venues, for socially implicated people, inciting catharsis and psychotic reactions, causing mental traumas and auditory sequels. It’s endorsed by the doctors. Things got better after an average-minded journalist had written about him in a magazine: “…artist from the primal specie making electric noises, and with a nasal voice, like a train running in the veins of a cotton harvest…” 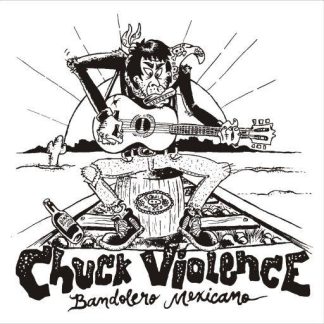