I Mitomani Beat started in Rome in spring 2010 influenced by classic Italian Beat bands from the 60’s. Members are: Eve La Blonde (vocals, guitar & harmonica), Marco Ianna (guitar & vocals), Il Maestro (organ & backing vocals), Marco Stazi (bass) and Panta (drums & backing vocals). By playing on original 60’s instruments and accurate care of sound and look the band’s show brings the audience to the typical “sixties” feel. Up to now the band released 3 demos collecting Italian 60’s covers and some unreleased Italian version of songs such as ‘All day and all of the night’, ‘Tainted love’ and ‘Why do I cry’. ‘Fuori dal tempo’, an album of 8 original songs plus some cover will be out in march 2014, co-produced by ‘Area Pirata’, ‘Green Cookie’ & I Mitomani Beat. 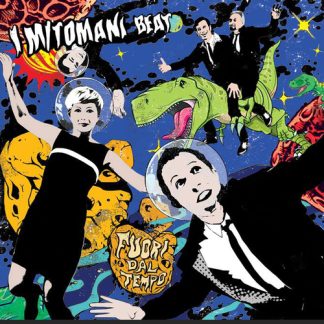