One album into their career in 1969, Mutantes showed few signs of musical burnout after turning in one of the oddest LPs released in the ’60s. Similar to its predecessor, Mutantes relies on an atmosphere of experimentation and continual musical collisions, walking a fine line between innovation and pointless genre exercises. The lead track (“Dom Quixote”) has the same focus on stylistic cut-and-paste as their debut LP’s first track (“Panis et Circenses”). Among the band’s musical contemporaries, Mutantes sounds similar only to songs like the Who’s miniature suite “A Quick One While He’s Away” — though done in three minutes instead of nine, and much more confusing given the language barrier. The album highlights (“Nao Va Se Perder por Ai”) and (“Dois Mil e Um”) come with what sounds like a typically twisted take on roots music (both Brazilian and American), complete with banjo, accordion, and twangy vocals. Though there are several other enjoyable tracks, including “Magica” and a slap-happy stomp called “Rita Lee,” there’s a palpable sense that the experimentation here isn’t serving much more than its own ends. If the first album’s relentless eclecticism did in fact occasionally result in dry passages, it’s especially true here 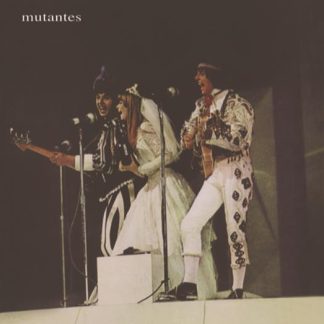