The Moving Sounds is the 3rd album from the Stockholm-based band of the same name. With the aid of vintage studio ‘Estudios Circo Perrotti’ and its stalwart production team of Jorge Explosion and Mike Mariconda, the band have conjured up 13 amazing tracks that demonstrate their versatility and groove power. Styled in black and shades of gold like a box of dark chocolates, the Moving Sounds gives you exactly what it says on the packet. The song-writing is a collective process brought to life in hermetically sealed rehearsal rooms during long weekends in Stockholm, with original ideas from band members electrocuted into action by the rest of the team. Once the varied array of songs have been honed into cool arrangements it only remains to perform and record them. The album was recorded in between the live dates on a Spanish tour adding to the drive of the ideas. It was the band’s first tour in Spain and audiences responded with excitement to their full-on performances. 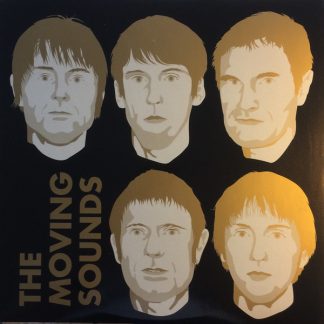 You're viewing: MOVING SOUNDS, THE: The Moving Sounds LP £20.99
Add to basket