It’s good to know that an endangered musical species is still thriving in parts of Europe. Like their British counterparts The Rapiers, France’s The Other Guys live and breathe early ’60s beat. They have the guitars, the clothes, the LP sleeve design and the moves. Crucially, they also have the musical chops to be convincing. Everything is driven by a Ringo-style backbeat, and the three-part vocals are well arranged on songs like ‘That’s My Girl’ and ‘I Won’t Give You More’. Two short instrumentals, ‘Cry For A Shadow’ and ‘Amazone Twist’ really swing as well. And the cover artwork is done really well. It looks like a record that needs to be listened too. Ex Phantom Surfers and Kaisers, so that should give you an idea of where they’re coming from. 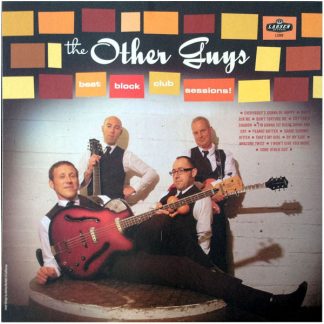 You're viewing: OTHER GUYS, THE: Beat Block Club Sessions! LP £12.00
Add to basket