Thee Vicars believed that life was too short for boring music. They have self-belief and faith in what they were doing and believed that the saviours of rock’n’roll have been born. They wanted to save souls! They started out by wanting to stomp on all the crap music they heard week in week out in their small little town. They said they were “ready to, if it comes to it, to kick kung fu style all the shit bands into orbit! We will set the bullshit bands’ hair straighteners on fire. . .make them melt, and their hair go curly! Make them go out and buy a belt for their jeans! So they sit at the right height! Not with their arses hanging out! So kids, do you wanna be the problem? Or do you wanna be the solution?” The band’s manic energy is palpable, they hit you with a jolt, almost like receiving an electric shock. But then one would hope that would be the case if you were still aged just 18 and playing raw rock’n’roll that is shot through with a punk and garage band aesthetic, whilst visually resembling The Jam in 1978 (but a whole lot better looking). Since their debut single and album, the band worked hard at their sound, rehearsing, playing countless live shows, writing dozens of new songs…and have progressed along the way, from hard-hitting but trashy sixties influenced punk rock towards a more melodic but still teen-garage sound on this, their second, album. 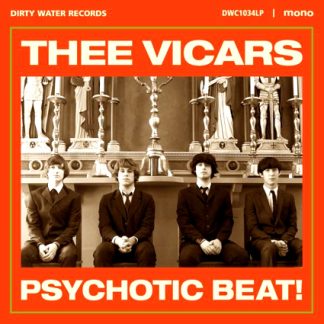