Exploding Rubber Band grasp the long-haired denim-wearing world of the ‘70s in eight brilliantly produced tracks. The Oslo four-piece started life as a cover band, playing classic jams from the likes of Cream, Free, the Faces and Rory Gallagher – all of which can be heard among archetypal melodies and retro-theatrical frameworks. Similar to their Scandinavian counterparts, the Norwegians passion for this genre is what keeps their journey through: blues, folk and psychedelia alive. ‘If Jesus Came Back’ is a swirl of overblown honky-tonk boogie rock, in the best possible way, while ‘Funk Machine’ is the sound of a lost Deep Purple B-side, as Jon Lord inspired organ-crunching rumbles alongside Bard Sandemose’s Gillan-esque vocals. As well as nailing the blistering hard rock sounds from a bygone era down to a tee, the same can be said about the artwork. Released on a red, limited edition 12-inch through Eightytwotrack Records, the LP is, of course, split into two halves – adding to its authenticity, as digital file transfers and compact disks seem needless. By the time ‘The Ballad of Patsy Stone’ draws to a close, the quartet’s enthusiasm for fun and exhilarating rock remains. 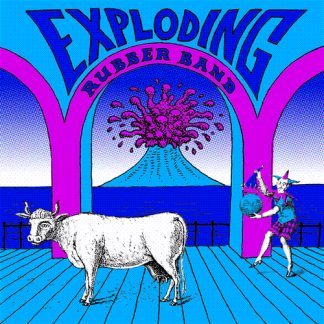