“Permanent Waves’ is the seventh studio album by the Canadian rock band Rush, released in January 1980 on Anthem Records. The album marked a departure in the band’s musical style towards tighter song structures and songs more suitable for radio airplay. Permanent Waves was recorded in late 1979 at Le Studio in Morin Heights, Quebec and with co-producer Terry Brown and mixed at Trident Studios in London. The waving man in the background of the album cover is actually Hugh Syme, the band’s long time design collaborator. The album artwork is now available as a 500 piece jigsaw puzzle printed on high quality board. 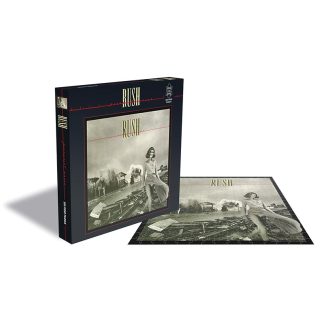