Two Incredible punk originals … JEKYLLS sound like the Prisoners; CAB is a cool pop band from France. The Jekylls are a French garage rock band from the Beauvais region.
Characterised by the strong presence of the Hammond organ, the energetic riffs of the electric guitar backed up with a powerful rhythm section, their music is strongly influenced by the late British sixties that eventually led them naturally to London where they recorded their 45 at Toe Rag led by Liam Watson (the White Stripes “Elephant”). 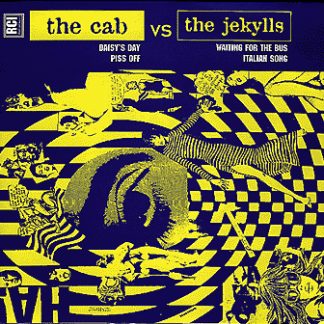