“The Kids Are Alright” is a soundtrack album by British rock band The Who and accompanied the documentary film of the same name.  The album, released in June 1979, features live recordings and alternative takes of the band’s biggest hits.  The cover photograph, taken by Art Kane, shows the band draped in two sewn-together Union Jacks, seemingly asleep at the Carl Schurz Monument in Manhattan.  The album went platinum in the U.S. where it reached the top ten on the Billboard album chart.  The album artwork is now available as a 500 piece jigsaw puzzle printed on high quality board. 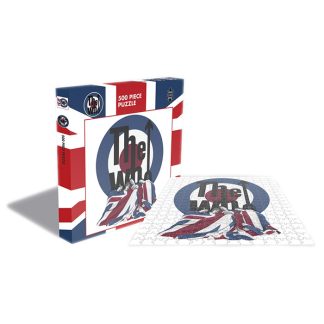