Sharing a common vision of raw, untamed and wild rockabilly with influences from punk, country, psycho and hillbilly, blues and other American roots music, the two brothers (if it ain’t family, it ain’t country) Martin and Bob started Eyeballin’ Torpedoes in 2004. They were both getting out of old, tired bands. At first it was just about tearing some shit up. Soon they realised the beat and the swing was just too cool to be wasted away. So, that’s what we have here. You gotta have grit to get things done but there is also an element of grit and dirt in the music. And grace? Well it kind of speaks for itself I suppose. This is a hungry outfit with a side of rage. 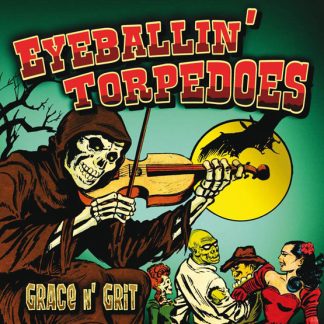