“Infestissumam”  is the second studio album by the Swedish rock band Ghost. It was recorded in Nashville, Tennessee, produced by Nick Raskulinecz and released on April 10, 2013. The album was well-received, with several music publications placing it on their list of the best heavy metal albums of the year, and won the 2014 Grammis Award for Best Hard Rock/Metal Album. This iconic artwork is now available as a 500 piece jigsaw puzzle printed on high quality board. 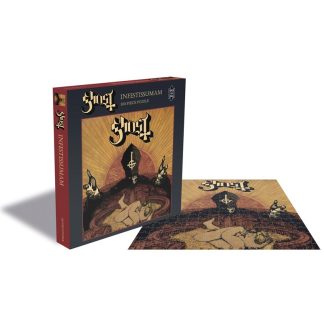