Fan club reissue of this 1981 single. Orange vinyl with white labels. Halloween is the fifth single by the horror punk band the Misfits. It was released on October 31, 1981 on singer Glenn Danzig’s label Plan 9 Records. This was the first Misfits release to use their Famous Monsters of Filmland inspired logo, as well as the first to refer to the band as simply “Misfits”. 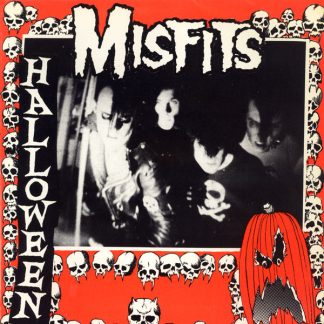