O2-F is a collaboration between two Ks. Karla Milton, singer, and Kym Bradshaw, songwriter. Together, they fire up a sound which owes a nod to Northern Soul but blazes with an originality entirely its own. This band have a floating cast that includes, Kym Bradshaw (The Saints, The Lurkers & The Small Hours), Karla Milton (DC Fontana & Karla Milton Collective), Garry John Kane & Sara Kerr (Button Up), Armand Thompson (Small Hours) & Toby Hounsham (Rialto).
Midlands-based Karla, a professionally trained vocalist and musician, has recorded and toured extensively with DC Fontana, fronting that band through a four-year firestorm of gigs which included France, Spain and Italy. Along with home grown venues, this built an extensive and enthusiastic fan base. Their subsequent successful album “Six Against Eight”, produced by Donald Skinner, also featured the Liverpool Session Orchestra. However, keen to extend and progress her music, Karla went on to form and front a new band, the Karla Milton Collective. The O2-F project runs alongside that. Having played guitar, written songs and sung since she was five years old, Karla, now 32, has been lauded as a natural successor to the legendary Julie Driscoll. Definitely a singer with her wheels on fire, Karla also runs her own vocal coaching business (KM Vocals) from her studio in central Birmingham.Kym Bradshaw was the original bass player and a founding member of seminal Australian band The Saints, which enjoyed worldwide recording success and toured the UK with The Ramones and The Jam. He later became a founder member of Mods Mayday legends, The Small Hours. With a number of commercially successful recordings to his credit, Kym, now based near London, is involved in a range of musical projects. They include writing for film / television soundtrack libraries, through to classical, to Northern Soul… which is where the two Ks came together. 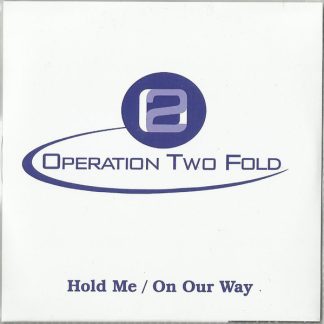