“Vulgar Display of Power” is the sixth studio album by the American heavy metal band Pantera, released on February 25, 1992. Released on Atco Records, it is often considered one of the most influential heavy metal albums of the 1990s.[4] Several of its tracks have become among the band’s best known, such as “Mouth for War”, “A New Level”, “Walk” and “This Love”. This artwork is now available as a 500 piece jigsaw puzzle printed on high quality board. 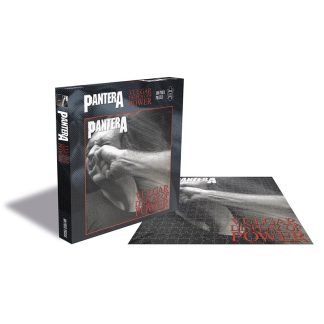