“If You Can’t Stand The Heat…” is the eleventh studio album by English rock band Status Quo. Recorded at Wisseloord Studios, Hilversum, Holland, and produced by Pip Williams, it was released in October 1978 and reached #3 in the UK album chart. Again and Again” was the first single to be released from the album and managed to reach #13. The second single to be released from the album was an edited version of “Accident Prone” which stalled at #36. This iconic artwork is now available as a 500 piece jigsaw puzzle printed on high quality board. 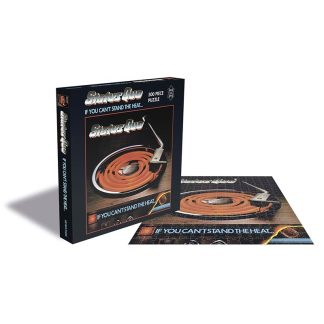