Originally released in 2006 on CD only, War of the Words – a split EP by Bad Astronaut and Armchair Martian – featured 7 tracks of each band covering the other’s material. We are pleased to announce we have resurrected this split, and we’re giving it a proper vinyl release! We’ve even added a bonus, never-before released Bad Astronaut track from that era called “High White Ceiling.” War of the Worlds will be a vital piece of the collection for all Bad Astronaut & Armchair Martian fans, as well as fans of the various members’ many other endeavours. 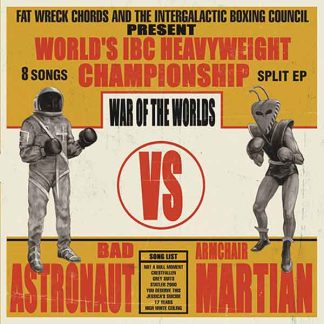