The Sharpers are a French R’n’R band raised from an early age on a healthy diet of Doctor Feelgood, Mickey Jupp, The Ramones and 999. Born as a quartet with their first two albums, Stéphane, Simon and Xavier cut a shining reputation through many years of touring as an outstanding pub rock trio – Dave Edmunds revisited by The Pirates. Shortly after releasing their (aptly named) “Number 4” fourth album, the trio was reunited with their original second guitarist and you can now discover The Sharper in this new, four blades version. 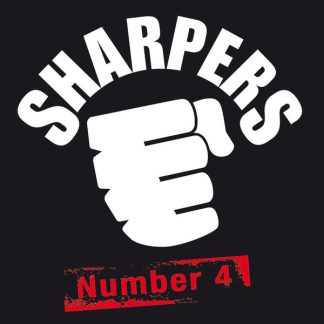