CHOCOLATE WATCHBAND, THE: This Is My Voice LP

Iconic California psychedelic punk legends The Chocolate Watchband are touring to celebrate the release of their new album, led by founding and current members, vocalist David Aguilar and guitarist Tim Abbott, plus Gary Andrijasevich on drums. Second generation fans, guitarist Derek See and bassist Alec Palao (Grammy-nominated producer/ historian ), bring their enthusiasm and love for the music to the table to help weave THE sound which both faithfully recreates the sonic energy and tone of the original recordings, as well as giving a rare edge to new material that is a logical progression to the bands legacy. Their newest songs resonate with genuine political rebellion in our current times.The band will be hitting the road in 2019 in support of their new album “This Is My Voice” with plans for a string of European tours and select US dates. 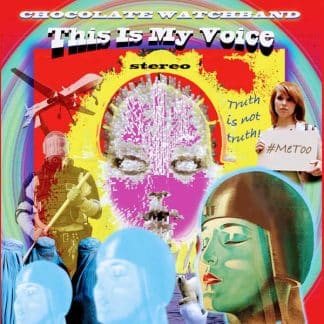 You're viewing: CHOCOLATE WATCHBAND, THE: This Is My Voice LP £21.00
Add to basket