The ensemble group was founded on Balch and Arce tossing guitar riffs and leads back and forth, piecing together song parts one movement at a time. Jamming. Sharing music. Developing a chemistry to build something new based on their individual experiences. In this way, BIG SCENIC NOWHERE is the heart of what collaboration should manifest. Something that grows stronger for the cohesion between those who make it happen. The initial result of this symbiosis was released in Fall 2019, on their debut EP “Dying On The Mountain” as part of the Blues Funeral Recordings subscriber series Post Wax.

In January 2020, the collective released their debut album “Vision Beyond Horizon” on Heavy Psych Sounds, which also featured the likes of Mario Lalli (Fatso Jetson, Yawning Man), Alain Johannes (Them Crooked Vultures, Chris Cornell), Nick Oliveri (Mondo Generator, ex-Kyuss), and Thomas V. Jäger (Monolord) among others. A combination of talents and a true creative force of nature, which sum of its parts created a brand of rock that is both transcending and uplifting all at once. 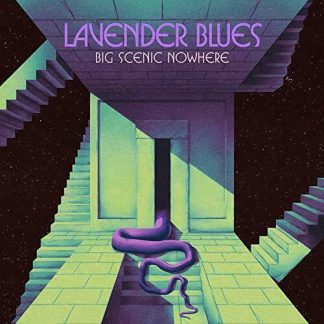