REPRESS of the Black Rainbows legendary debut album!
Twilight In The Desert celebrate 15 years after the first release back in 2007! This was the debut album of the Roman Fuzz Psychers, first chapter of their long musical history and needed to be celebrated with an exclusive vinyl pressing with two different coloured effects! In this album the sound of the band was still raw, rough, and not defined but was the beginning of the journey who brought the band to play all over Europe, US, Russia etc. and record 8 albums during all these years!

1. Twilight In The Desert
2. Shaman Visions
3. Constellation
4. Comin’ Down The Mountain
5. Follow Your Pattern
6. Don’t Trust
7. Mind Revo
8. This Road 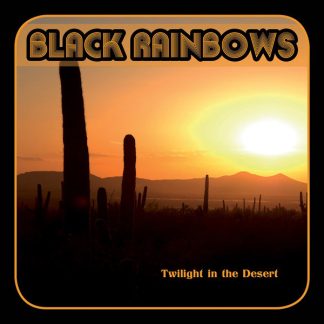 You're viewing: BLACK RAINBOWS: Twilight In The Desert LP £25.00
Add to basket