Following on from their fabulous rework of Meshkalina by 60s Peruvian psych rock outfit Traffic Sound, DC FONTANA (ps did you know that’s the real name of a veteran Star Trek scripter Michael Richards) return with new (‘summer picnic’ stop-gap) album La Contessa (TEEN SOUND Records LP). As those who monitor these things will observe, that was the first track on previous album, Six Against Eight. It resurfaces here, except this time it’s the last track and in French. Well, at least the spoken intro is since, after all, it is an instrumental

It’s not the only number from that album to get a continental nouvelle vague makeover. Snake Charmer turns Italian for Snake Ammaliatore (presumably Serpente didn’t work with the rhythm) as does Satisfied with Dammi Tempo. French takes the upper hand on the reworks though as Winona Ryder becomes Le Voyage de Winona, Six Against Eight Six Contre Huit, Saturn In Her Eyes Saturn Dans Les Yeux and, eschewing literal translation, Switchable Love is reborn as Tu Es Parti Si Loin. Benny gets a second airing as, well Benny, actually, but in French while, just to be perverse, Remember Me is also reprised in the original English.

The other two numbers return to Europe. Les Fantomes Du Pere Lachaise is a haunting (!) tale of the celebrated cemetery narrated in French by Michel Rousseau with Morricone trumpet, acoustic guitar and a medieval Dance of the Dead coda by Sheila Hague on recorders, cuatro and bodhran.

The fourth and final new track is Se Telefonando, a swelling big romantic ballad written by Ennio Morricone and Maurizio Costanzo, the main theme apparently built around three notes taken from a police car siren. A massive native 1966 hit for Mina, guest Italian singer Kicca Andriolli pulls it off with aplomb. Economic gloom may have scuppered European trips this year, but with this album you’ll always have Paris. And Rome too. 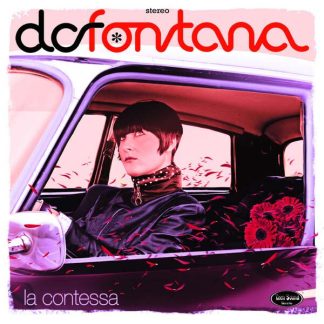