The West Coast was certainly a scorching hotbed of Punk activity in the late 1970s through to the 80s. A fitting description considering the sweltering clubs that accommodated the hastily arranged shows.

San Francisco’s Dead Kennedys were undoubtedly one of the most pivotal bands of the era, being underpinned by the inimitable Jello Biafra. Recorded live at the Old Waldorf by the venerable Terry Hammer for KALX in Berkeley on October 25, 1979 and catching the band in their early prime with three of their four iconic singles featuring in the set. It’s more than simply a blast, it’s a ferocious fireball of frustration, devastation and contempt. Interference proudly presents the entire original KALX-FM broadcast of the Dead Kennedys live from San Francisco’s legendary Old Waldorf on 25th October 1979.

1. Kill The Poor
2. Funland At The Beach
3. Back In Rhodesia
4. Dreadlocks Of The Suburbs
5. Police Truck
6. Ill In The Head
7. Short Songs
8. California Uber Alles
9. Holiday In Cambodia
10. Chemical Warfare 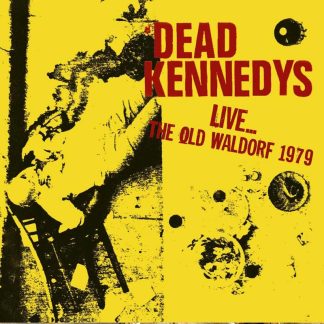