Thee Hypnotic Chickens are veterans of the Mississippi underground rock and roll scene dating back to the early 80’s. “Rock & Roll Shakedown” was recorded and produced in 2004 by Chris Nicholas at Popaholic Records in Jackson, MS and remained unreleased until July of 2008. This release strolls along in a very Southern way through twelve tracks of kickass garage rock. 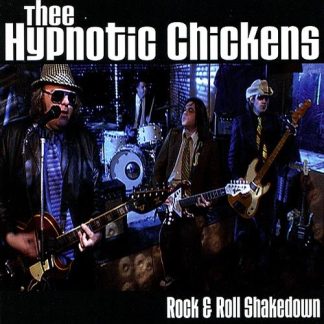