Formed approximately three years ago, before the world changed (temporarily?), Odd Men Out are something of a garage-psych international super-group, with members originally hailing from Italy, Spain and the UK, brought together in the sprawling megalopolis of London in the sticky heat of summer 2019.Lois (drums) and Alessandro (guitar, organ, vocals) had already been playing together in legendary freakbeat trio The Embrooks since ’96 (with a 10-year hiatus between 2005 and ’15), while bassman Bruno had served time with moody-psych-turned-spiky-British-Beat exponents The Liquorice Experiment and Looking Glass Alice. The untried ‘x’ factor in this equation is frontman, guitarist, songwriter Nicolino whose love of moody 12-string folk rock and florid psychedelia shapes the overall sound of the band.

Late in 2019, the quartet gathered at North Down Sound Studios in south east Kent to record the material presented here. Engineer and State Records mogul Mole was at the controls, manipulating the analogue 8-track recorder to capture the best and most exciting vibes they could offer, in a swirling sea of reverb and audio compression. Tracked predominantly live with a bare minimum of overdubs, this is classic 60s-inspired garage-psych, with elements of The Lemon Drops, Basement Wall and The Baroques to name but a few, yet the four never let their influences get in the way of producing quality original material. 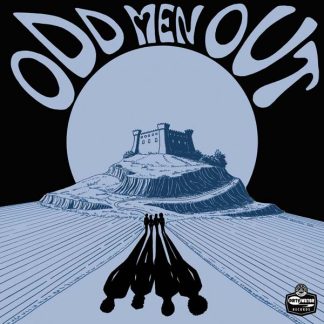